Postcard from 2001 after my daughter was born.

Postcard from 2003 after my son was born.
l​I previously had a successful career in the technology industry with IBM, Harris Corp, and Microsoft - where I ended up in charge of worldwide Spanish Internet Marketing. But a passion for Real Estate led me to sales over 20 years ago in Costa Rica, where I moved with my Colombian wife. Once I convinced her to move to the Sates, I began selling in the award winning, masterplanned community of Viera, FL.  It is now ranked in the top 25 nationally. I sold the first $1M dollar property closed at at Viera Realty while working there for 7 years under the Viera Company. My family also moved into Viera's first million dollar neighborhood.

​In 2007 I became an independent broker and formed my own company. Today it is known as International Advantage Realty and I enjoy helping people both locally and from around the globe with their Real Estate needs. I also have a team of multilingual agents which allows us to reach clients that other agencies just can't, many of which are cash buyers. 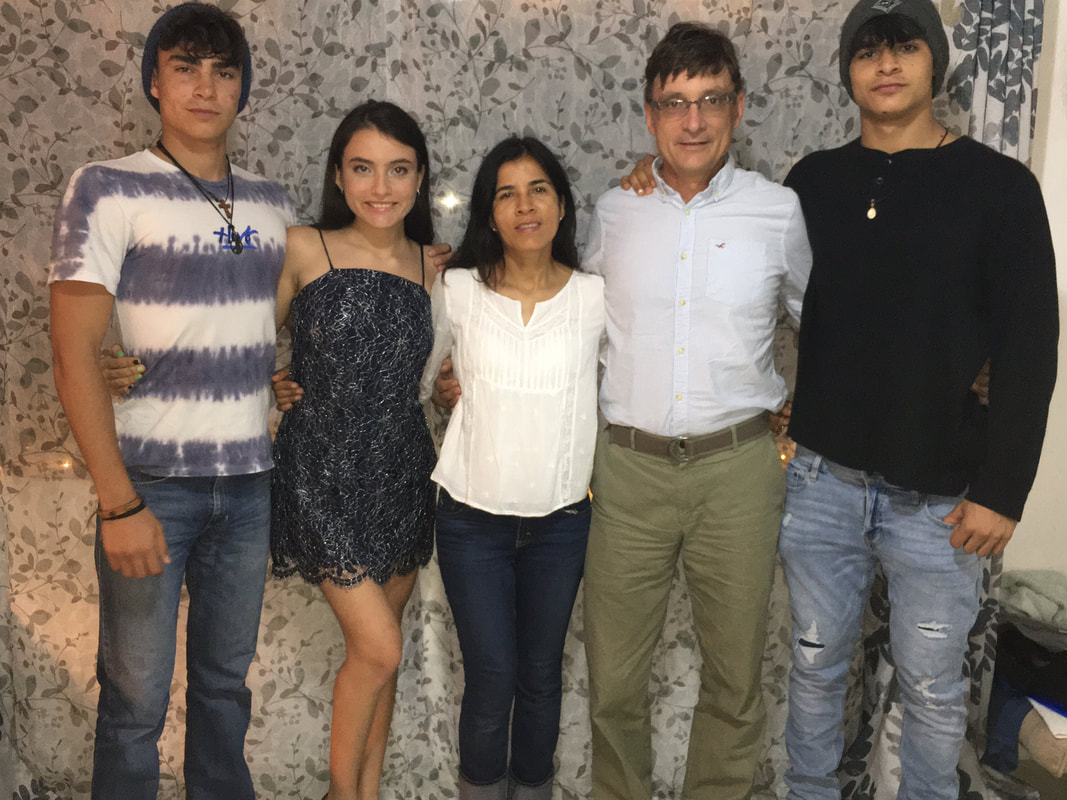 And here we are at my oldest's high school graduation. My third never made it onto a postcard! Pretty sure we were too tired.